I worked in the architecture and engineering world for 18 years.

18 Years with HDR Architecture and Engineering

I started as an intern in college with HDR.  I began in marketing doing print graphics.  I quickly moved into creating marketing presentations.  I soon learned to create 2d/3d floor plans and site/topo plans for these efforts.

This evolved into 3d concept models.  From there I transitioned onto marketing design teams as well as SD teams for skinning of buildings.  This was mostly pre-reddit using the AutoCad Architecture’s smart objects, so my models were commonly used for elevations and sections.

I created and led a visualization department that serviced both production and marketing.  I had great success in the healthcare marketing realm until recession at the end of 2007 ground the industry to a halt.  Healthcare was slower than most to recover.  Hospital systems waited to see how Obamacare would affect them.

With the lack of new projects, the 7th round of layoffs got me in 2013.  I haven’t worked much in architecture since. 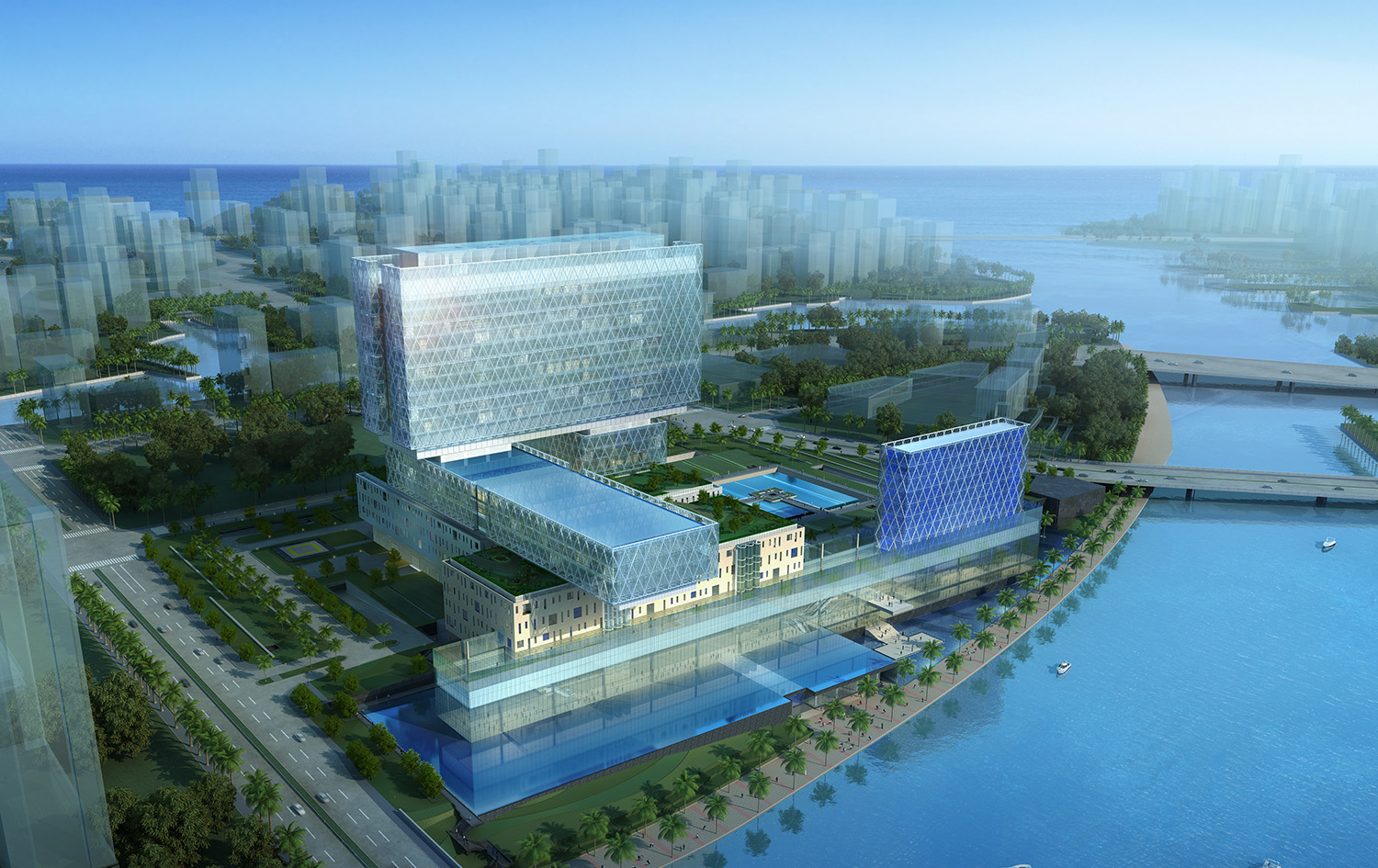 I was part of the marketing and design team for CCAD. 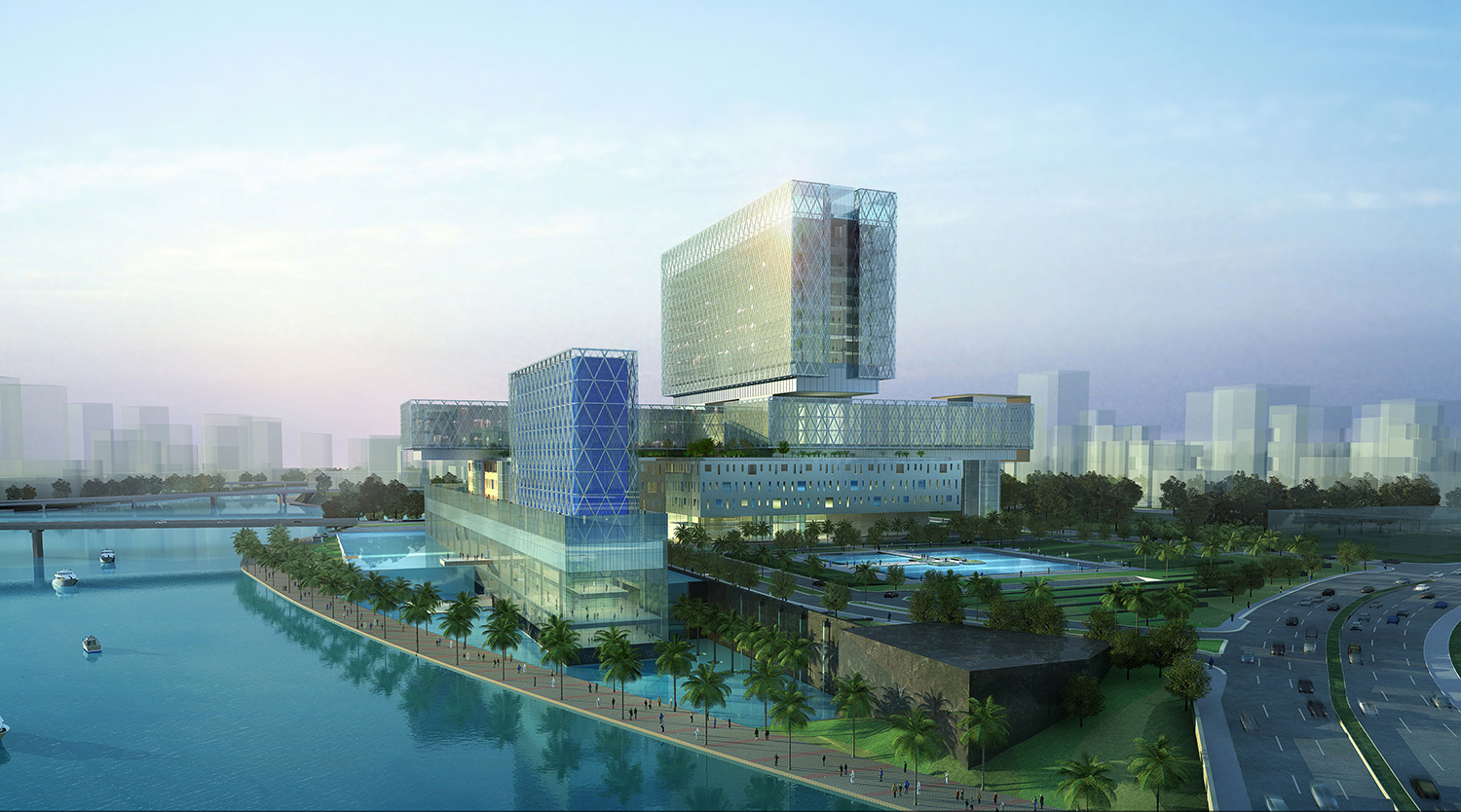 I created the 3d model and skinned the building during schematic design. 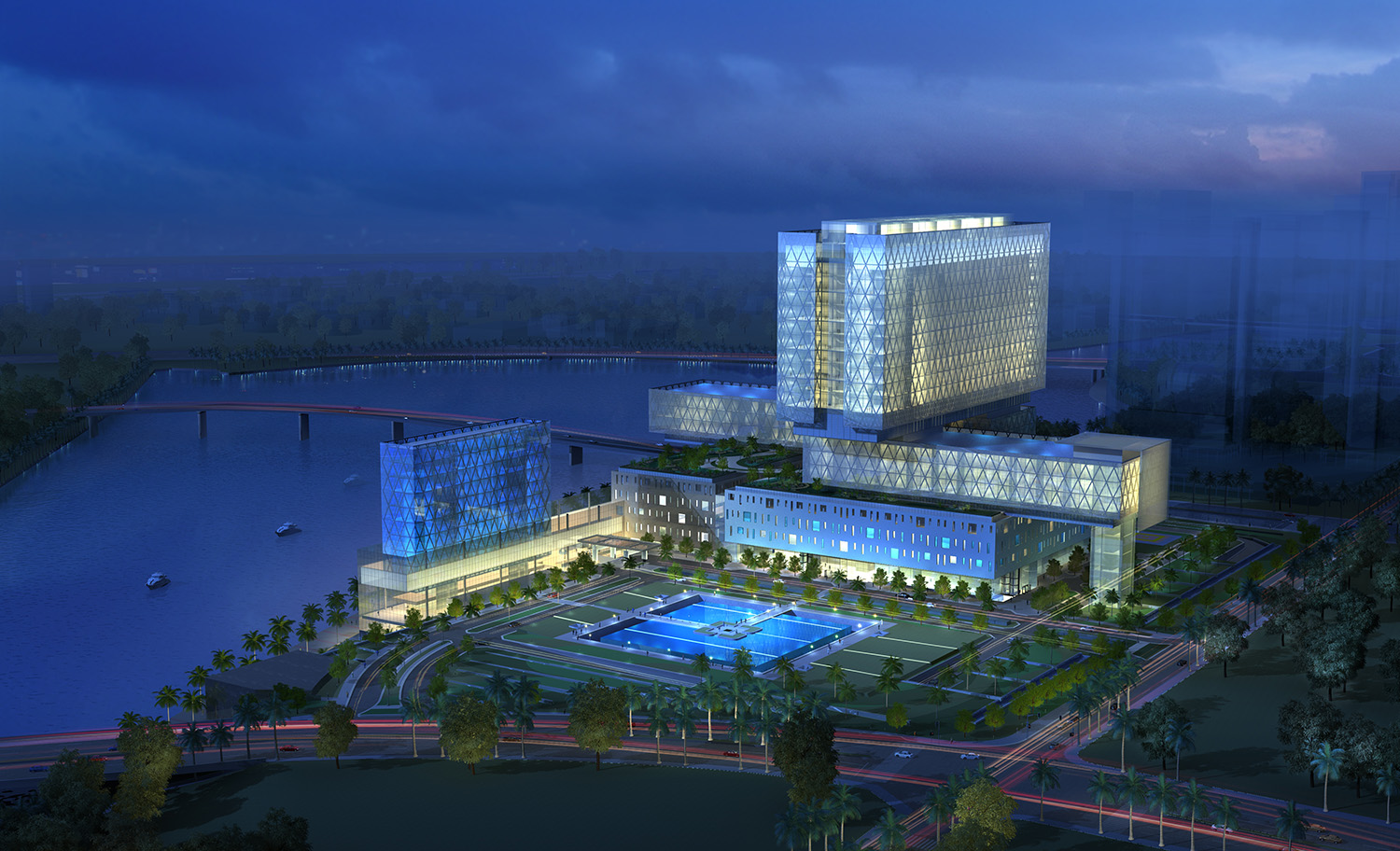 It was challenging and fun creating a glass box in the desert.

The scope continued to shift throughout SD.  The blue admin tower was nixed and the department was relocated. 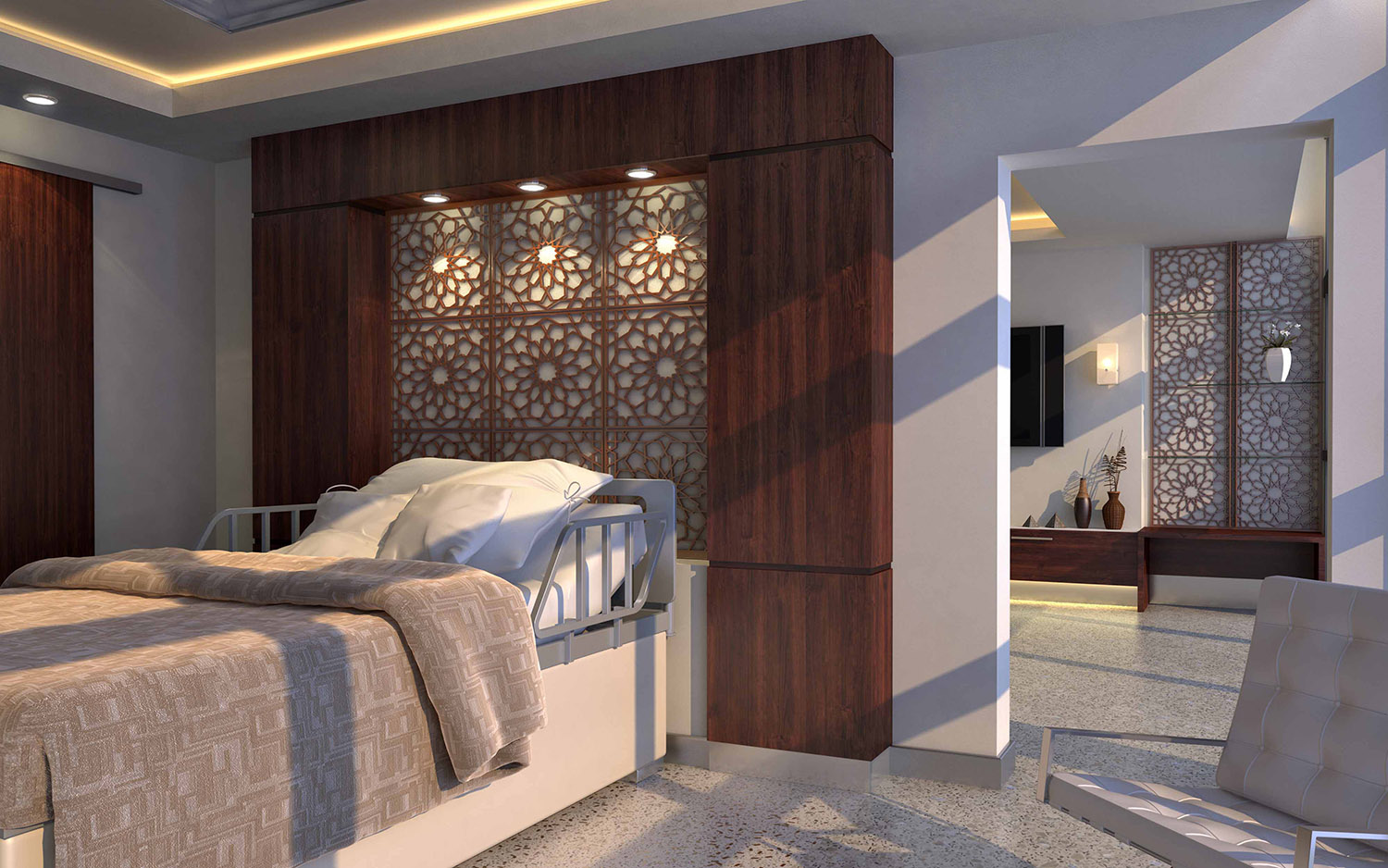 The facility has high level VIP patient rooms to cater to the rich and powerful. 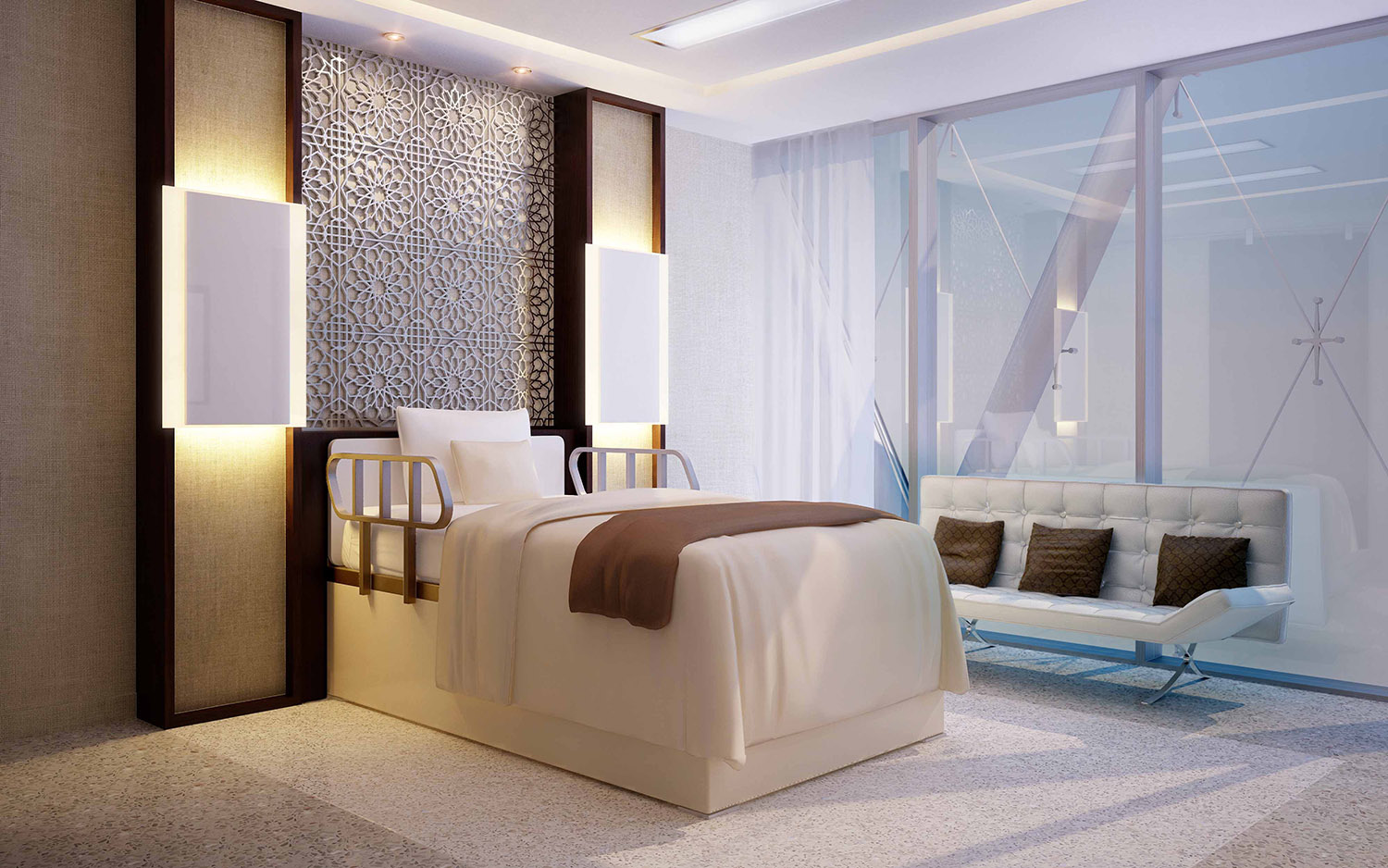 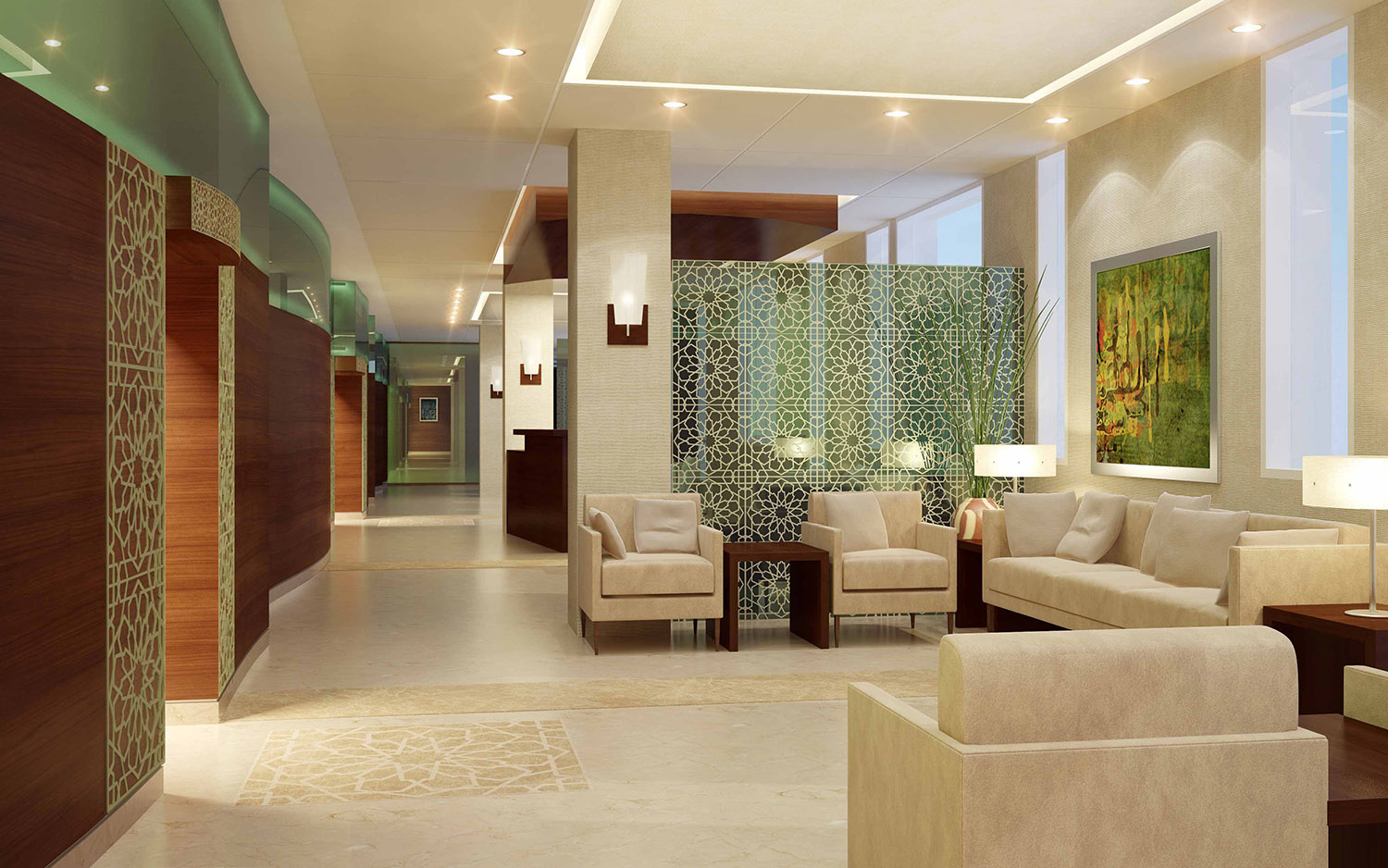 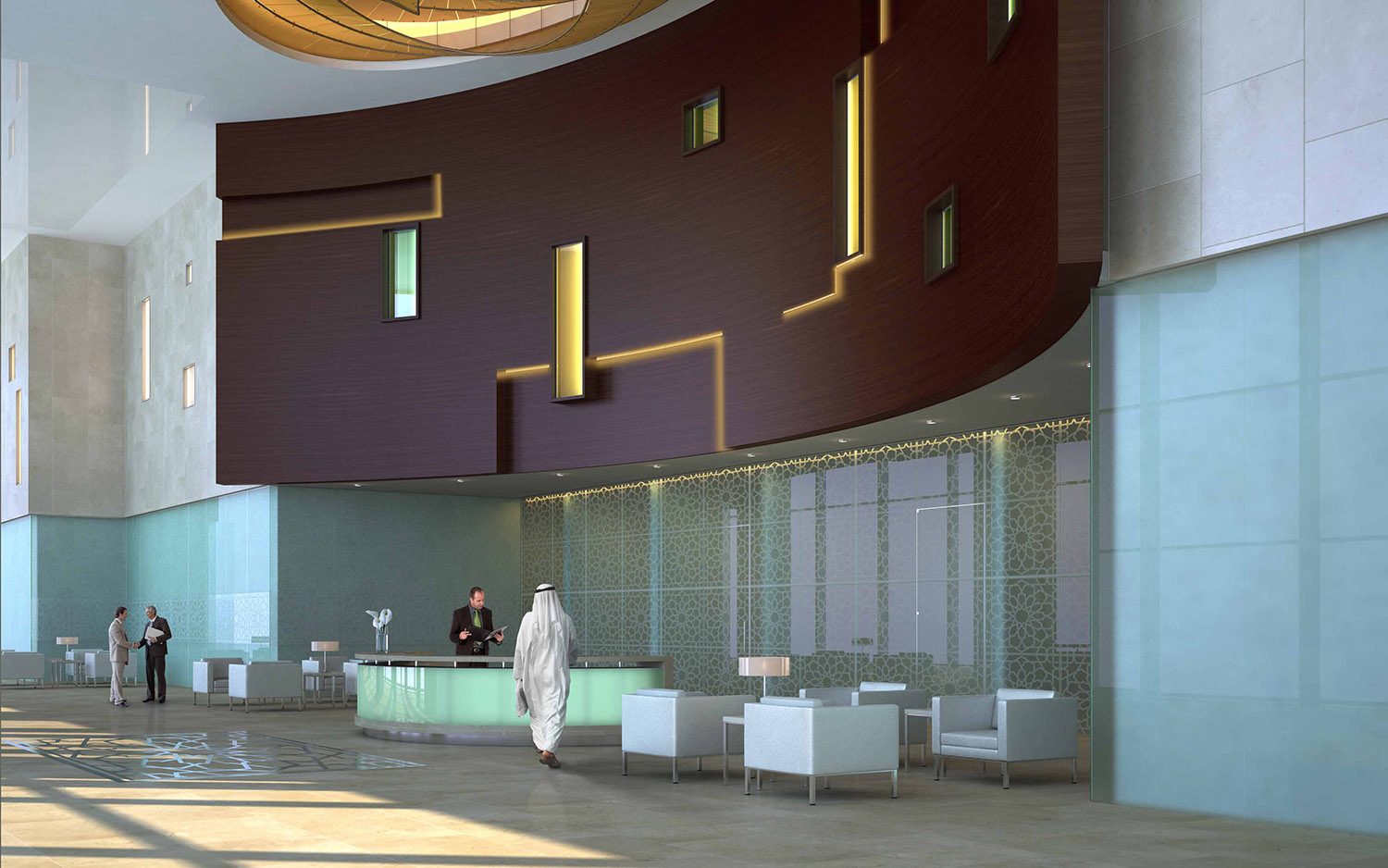 It was important that interiors felt refined and grand. 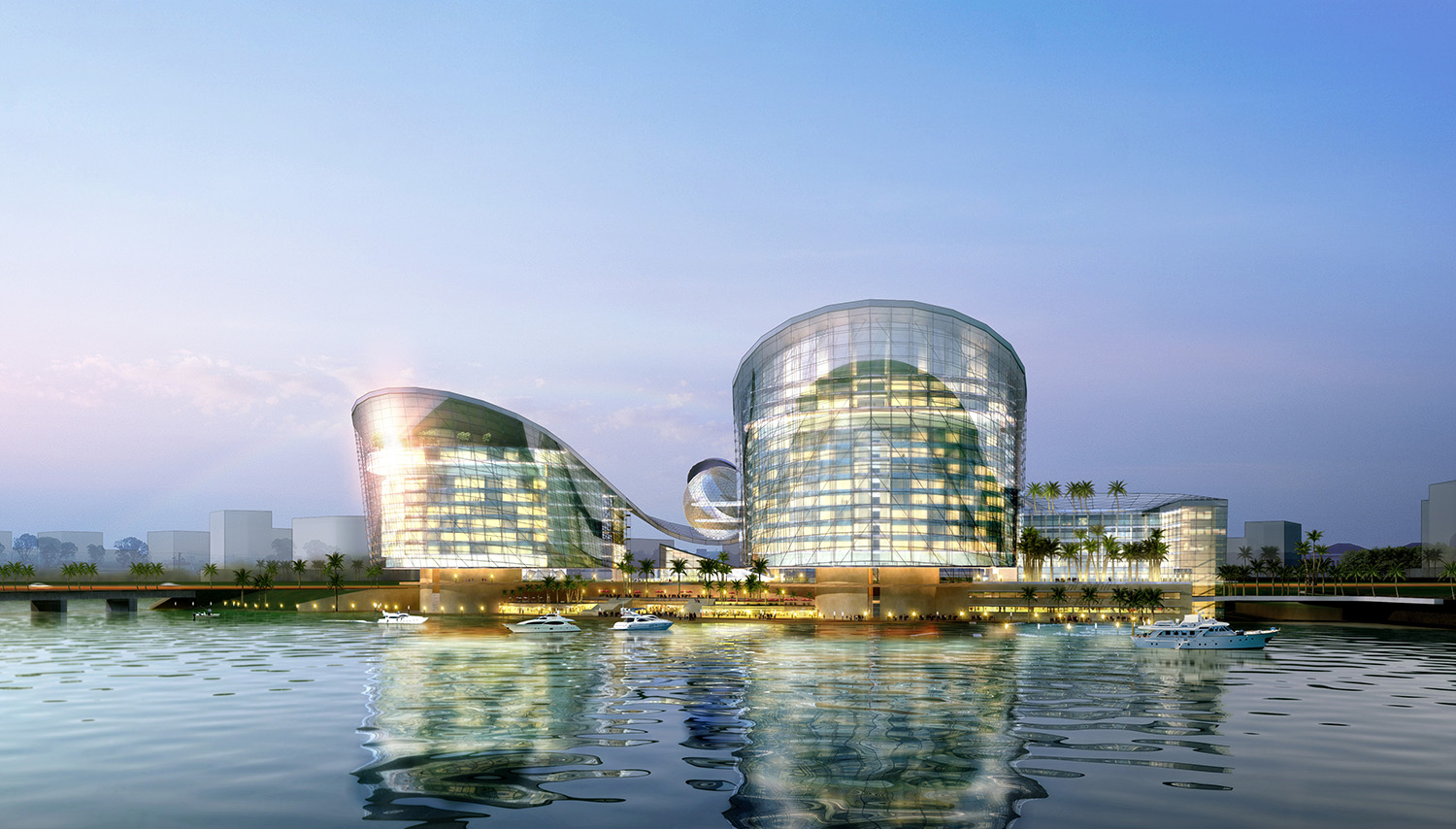 The project scope was considerably different during the design competition. 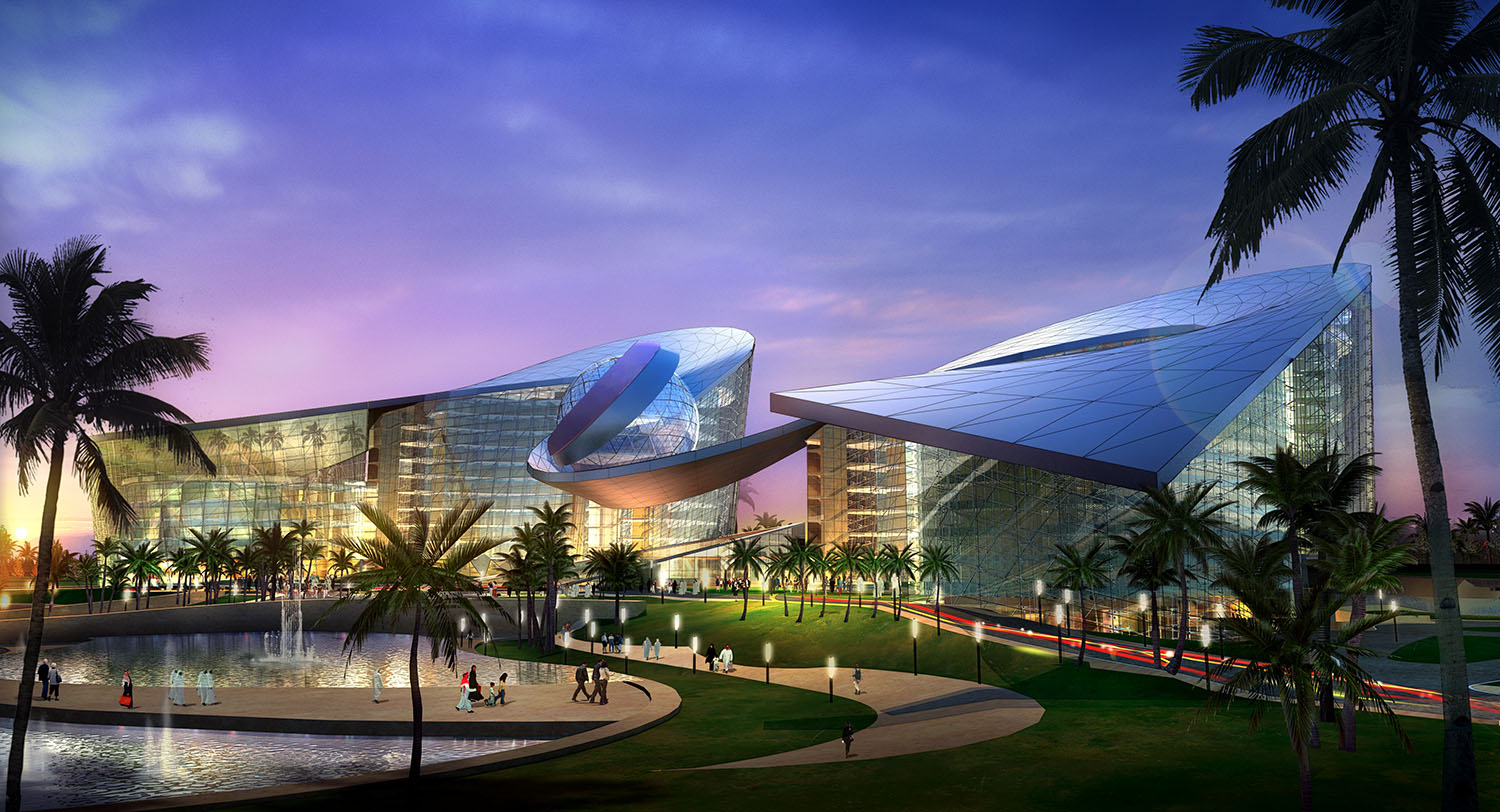 The room count and even site was different during the competition.

This model shows a sweeping roof that mimicked the flight path of falcons. 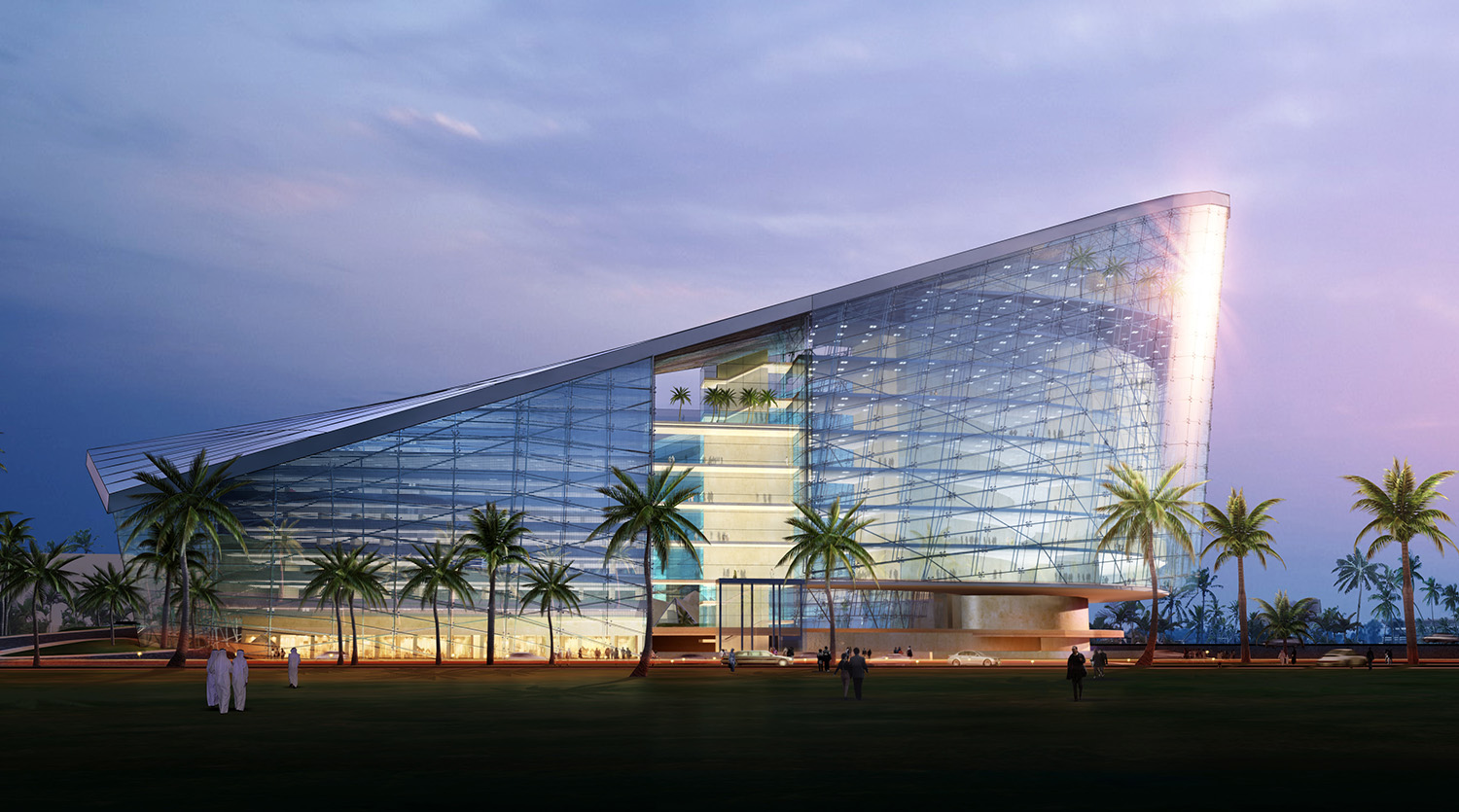 This sweeping style couldn’t be maintained when the program drastically shifted during SD. 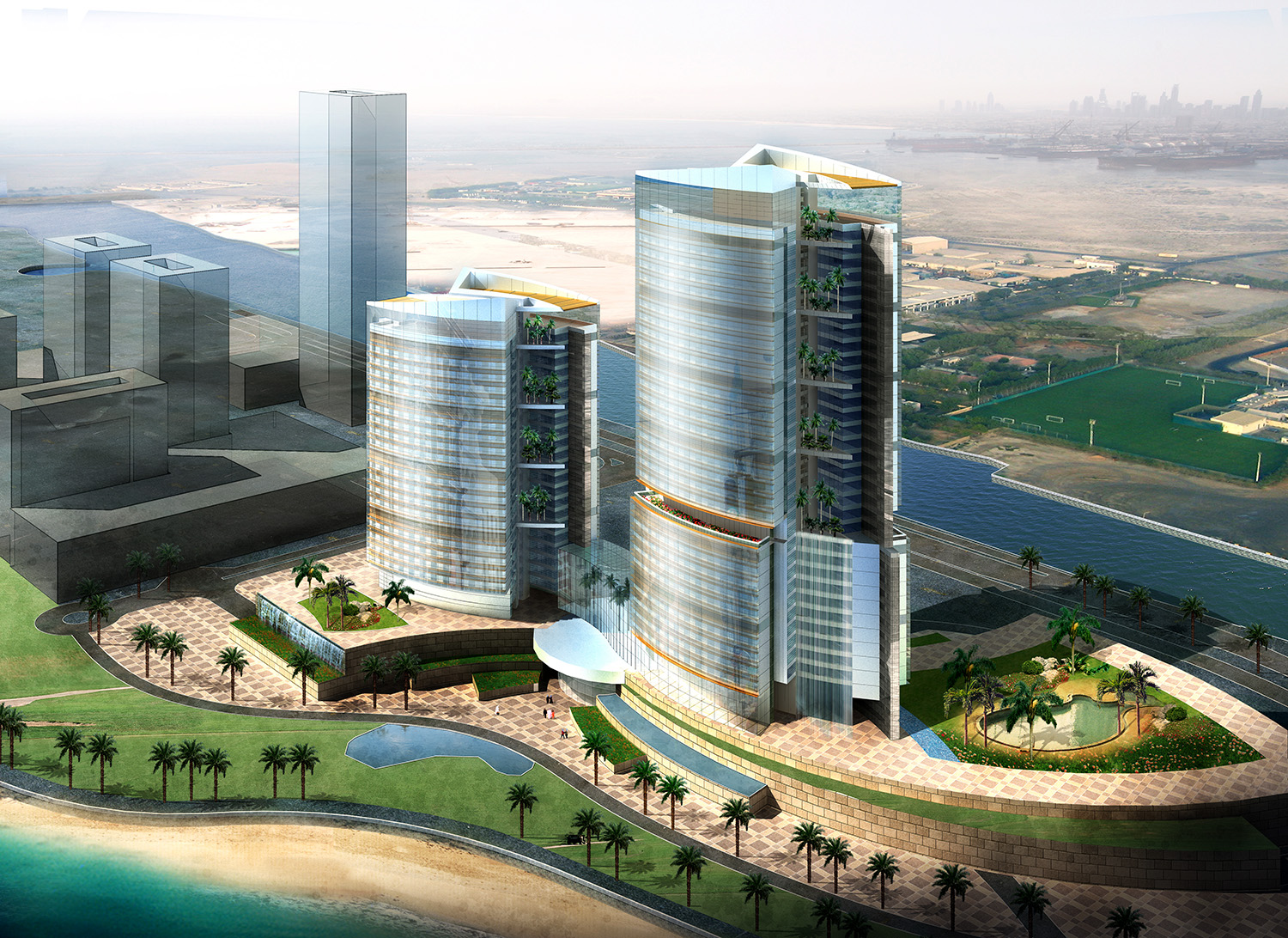 Heading into the project, we wanted to build the world’s tallest hospital. 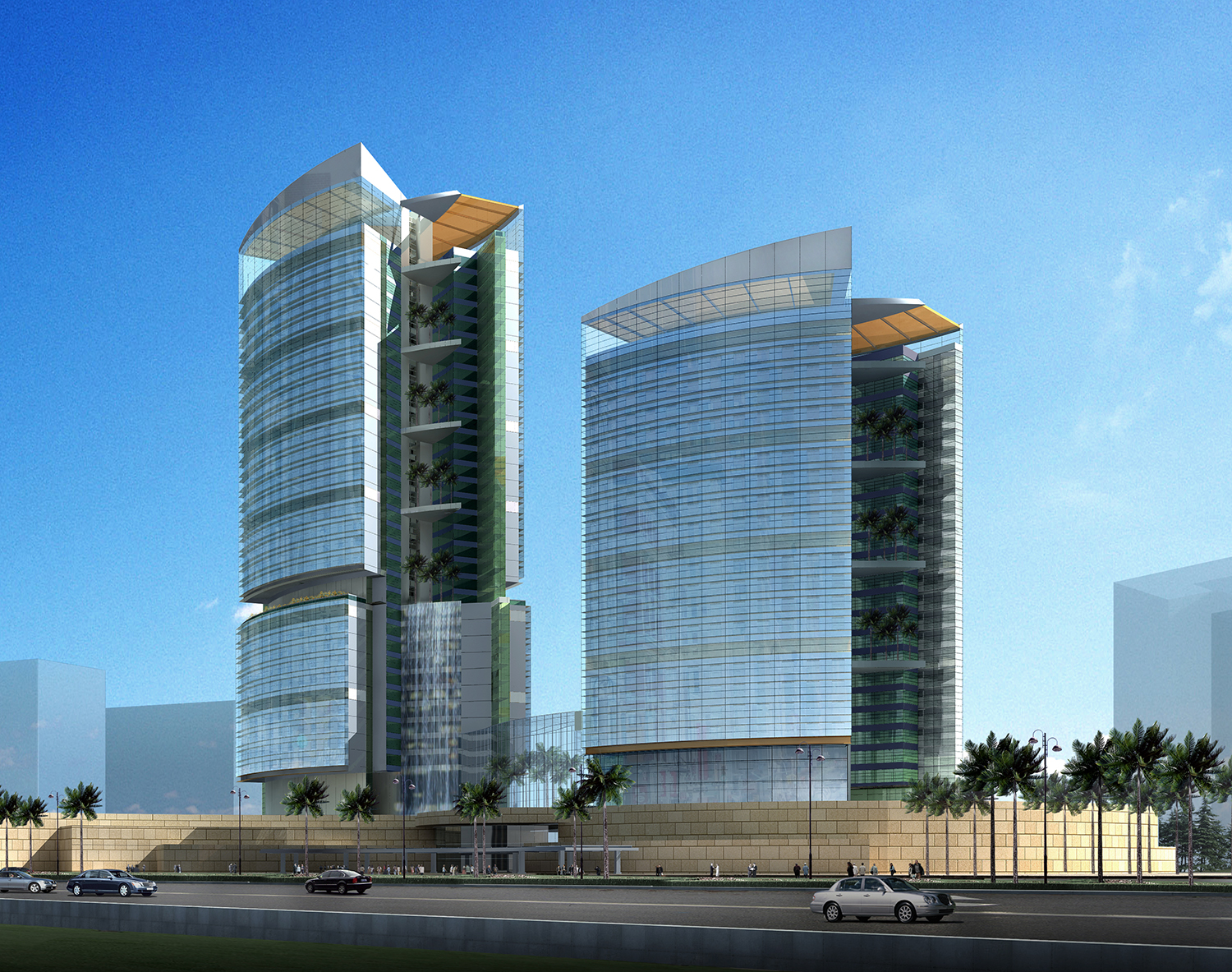 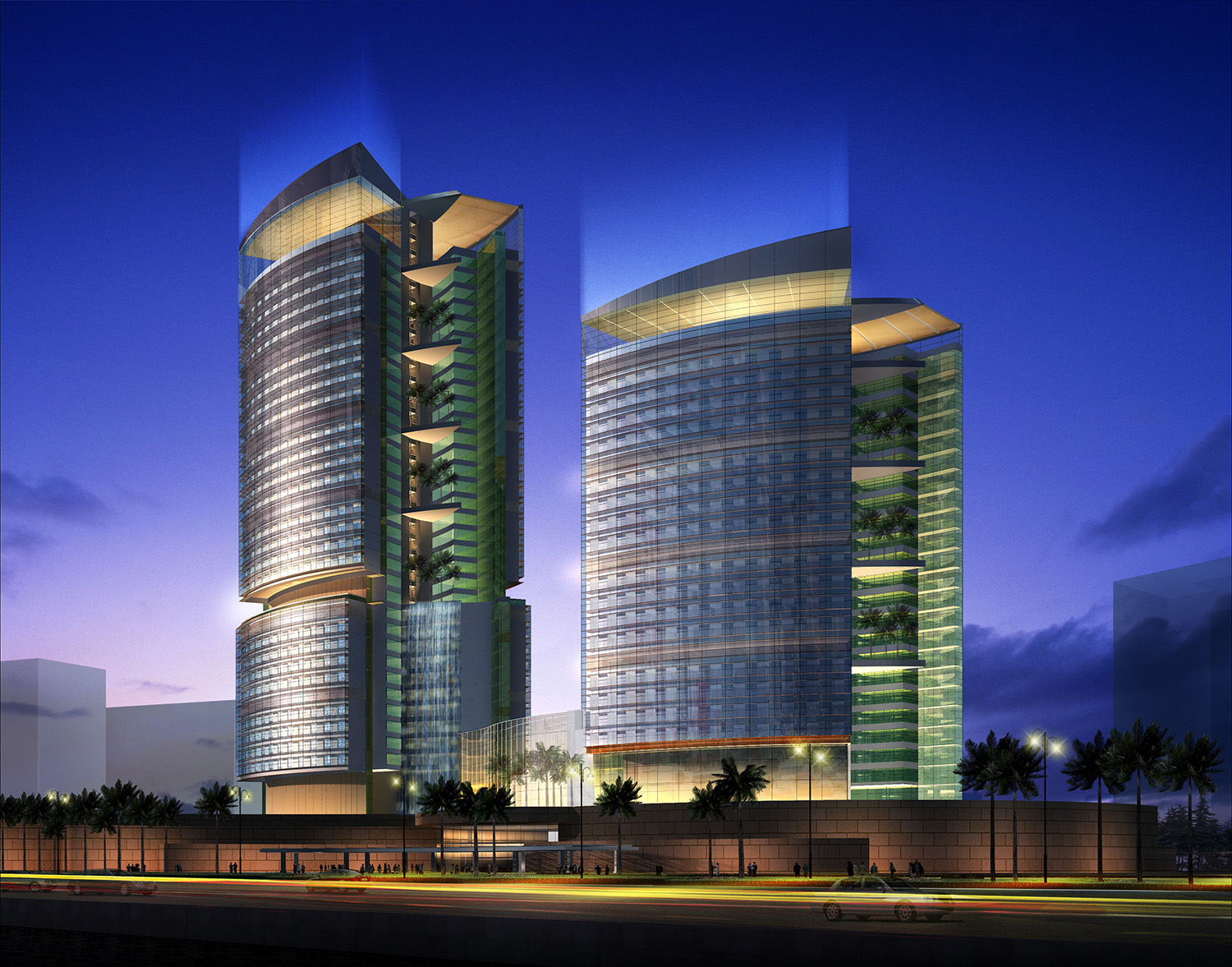 We compensated in this phase by planning a service floor between every two bed floors. 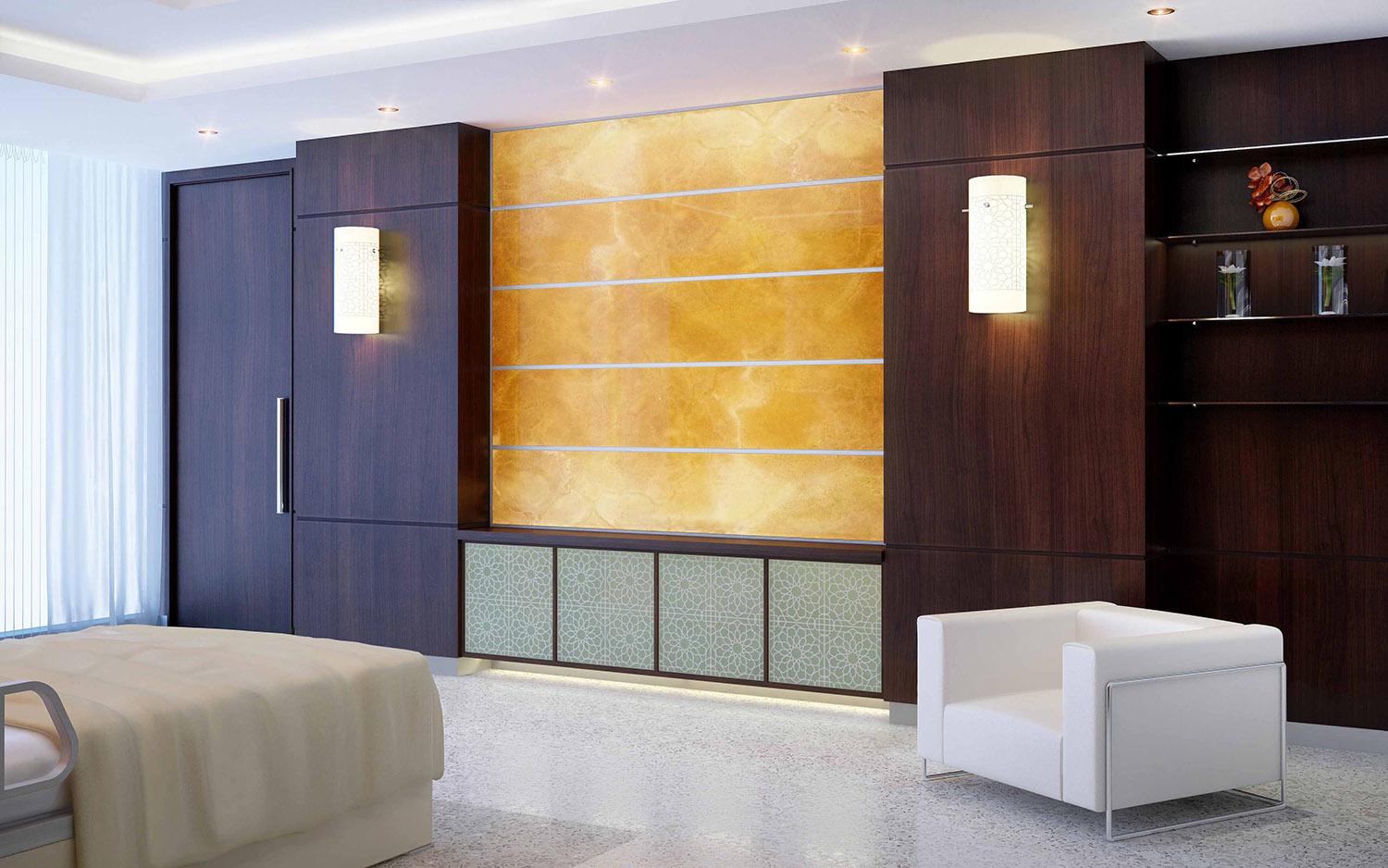 This idea was never tested as the room count shifted immediately after the proposal phase. 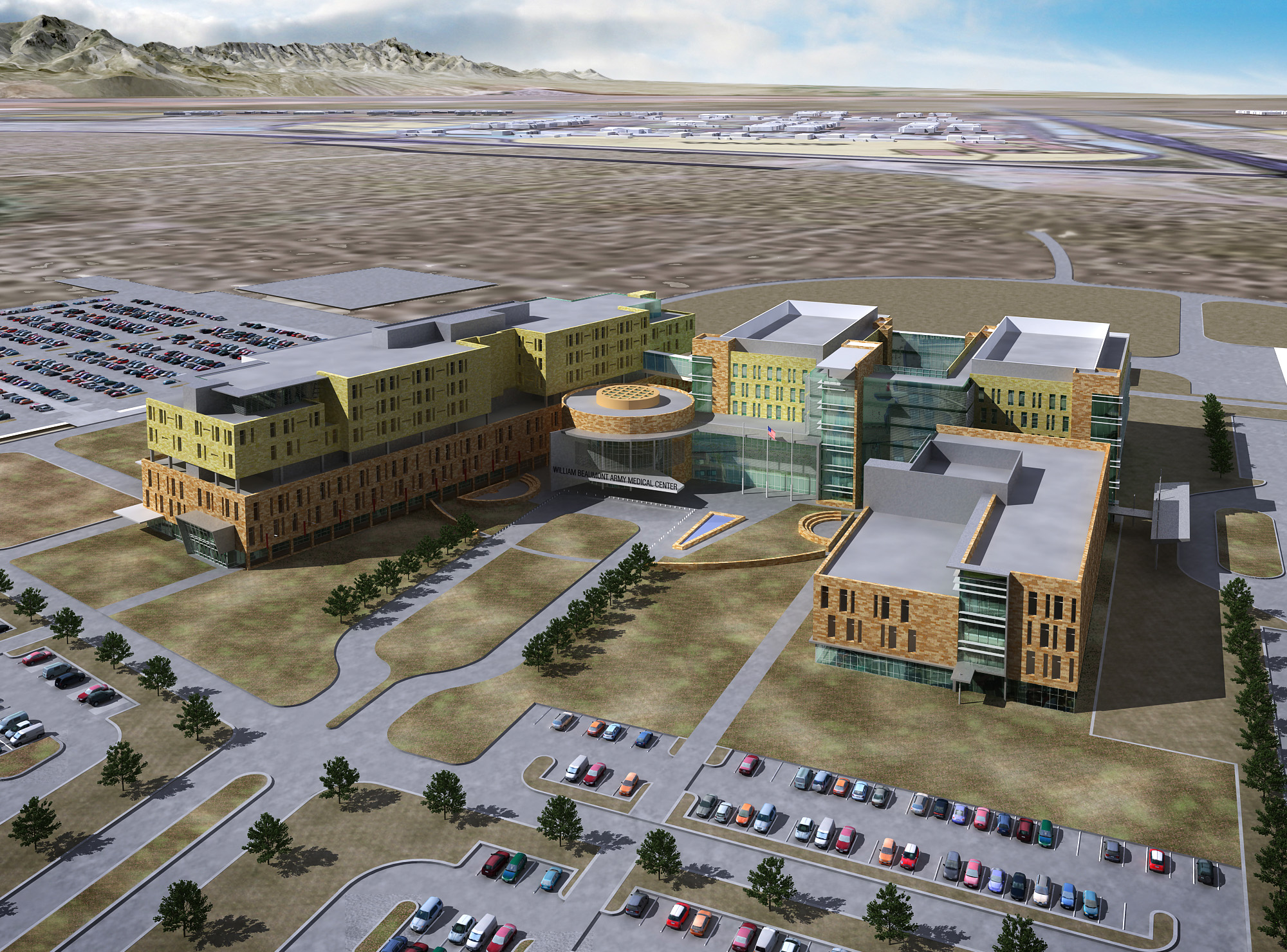 I was part of the marketing and design team for Fort Bliss Medical Center. 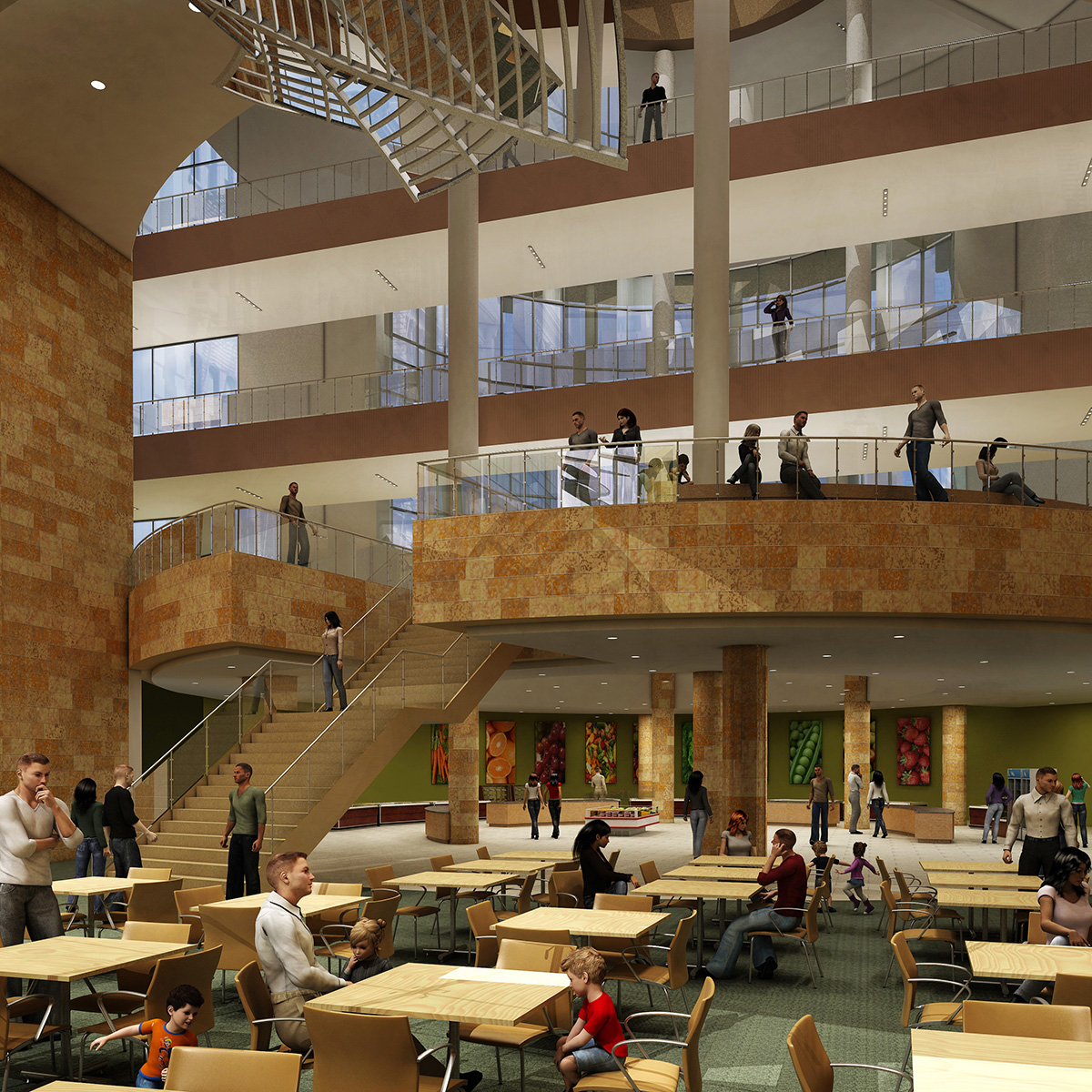 I built and rendered exterior and interior models during SD. 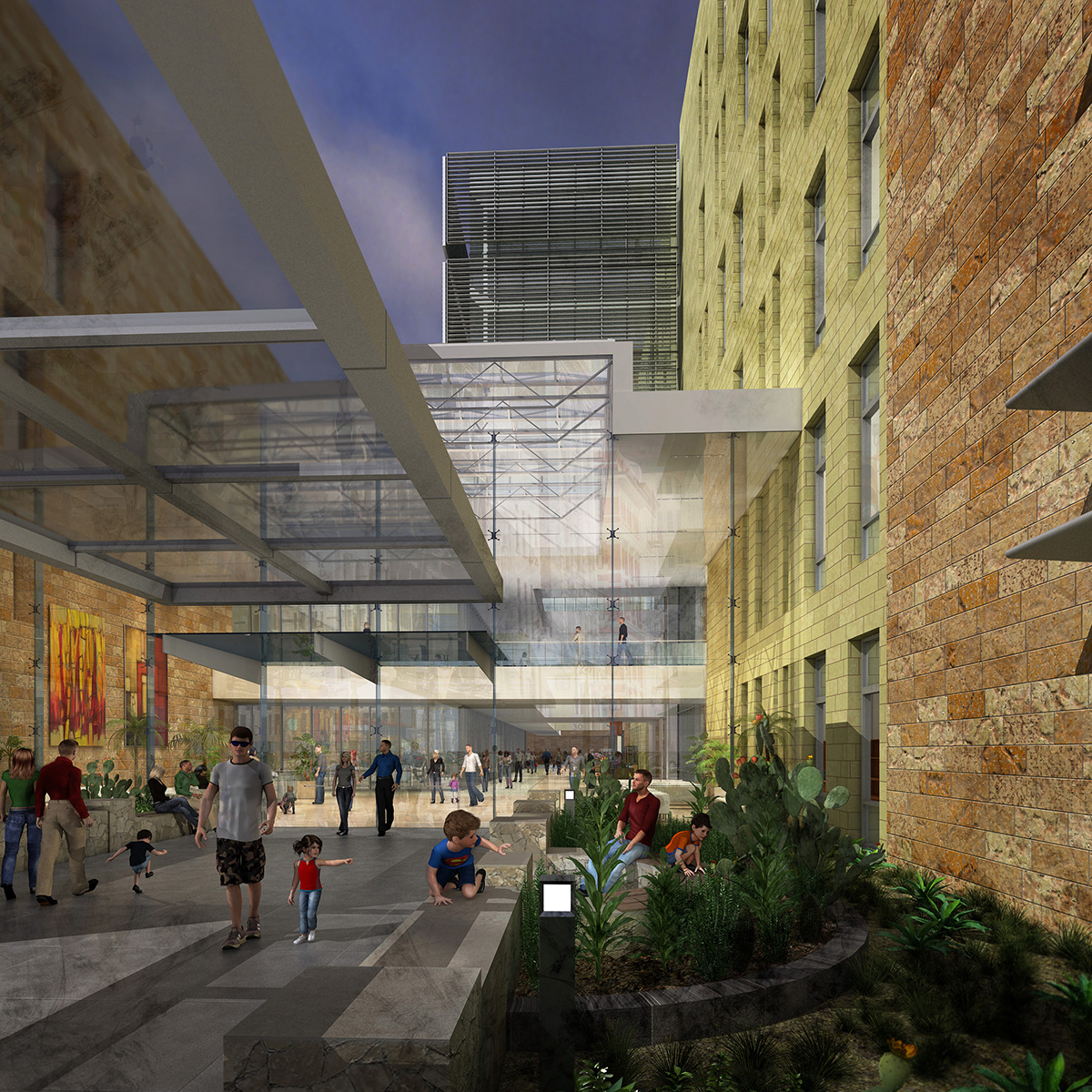 I was primarily focused on entry points and public spaces. 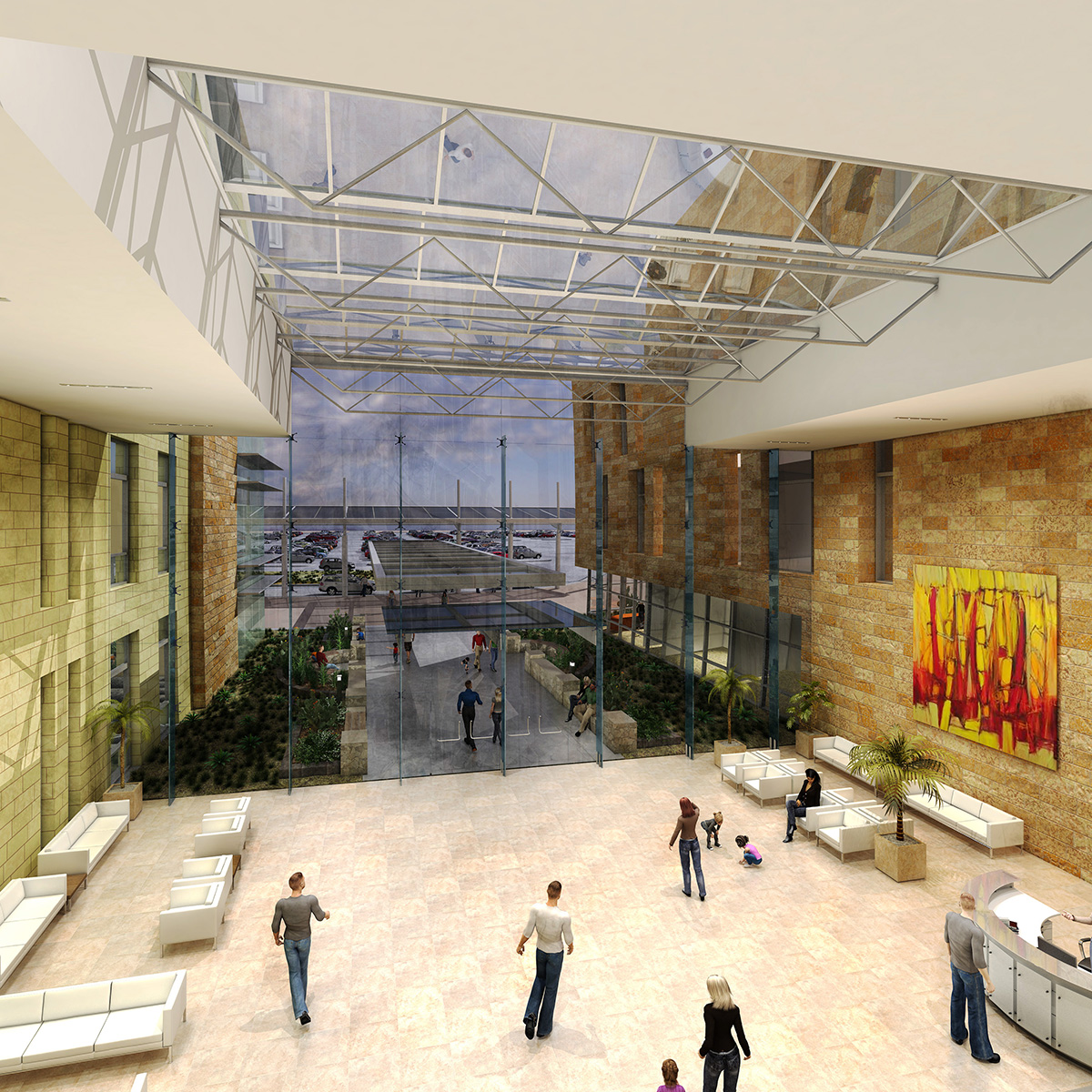 The site was massive and the facility was broken into four buildings serviced by a central entry cooridor. 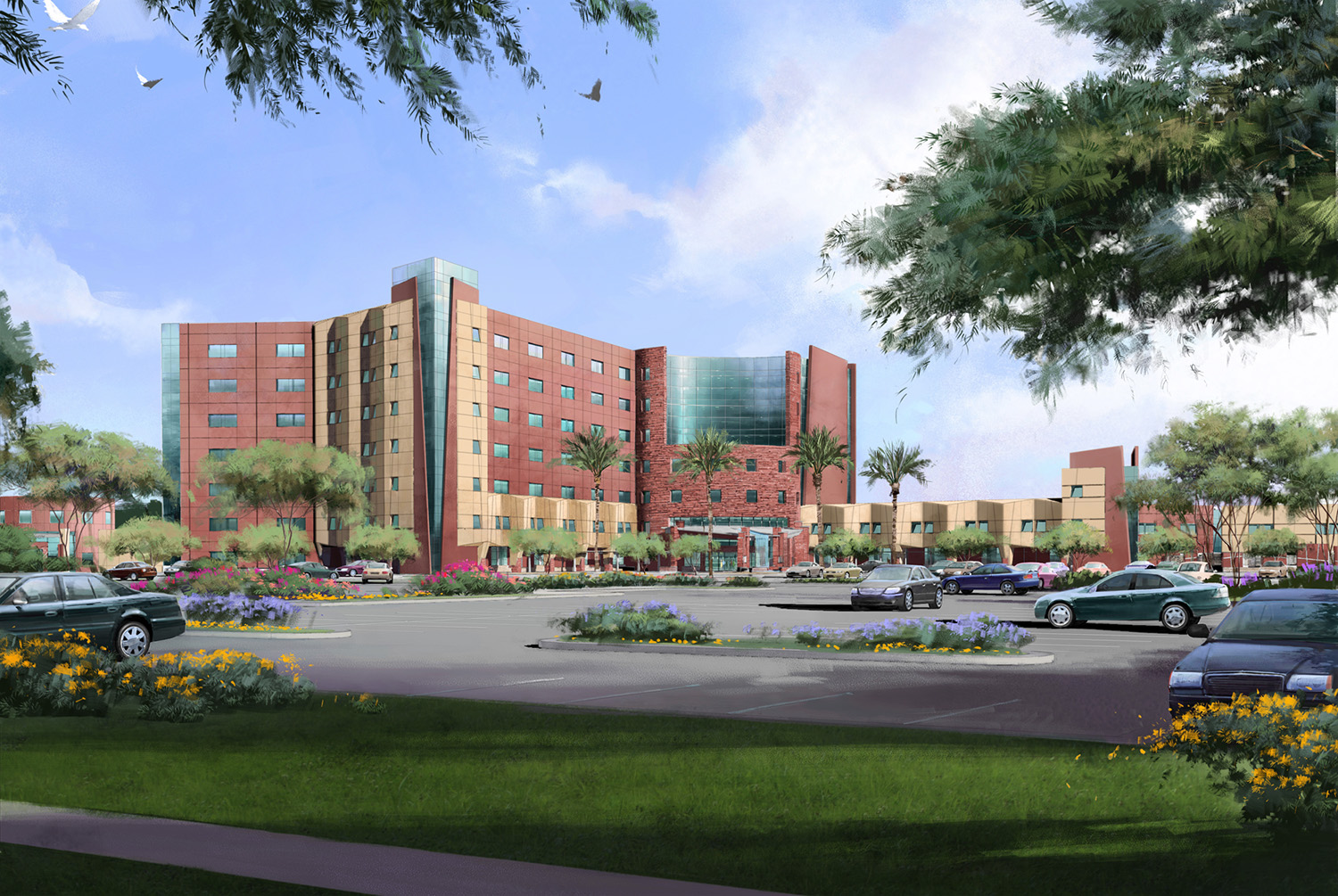 I helped during the SD phase with skinning the building and building a 3d model. 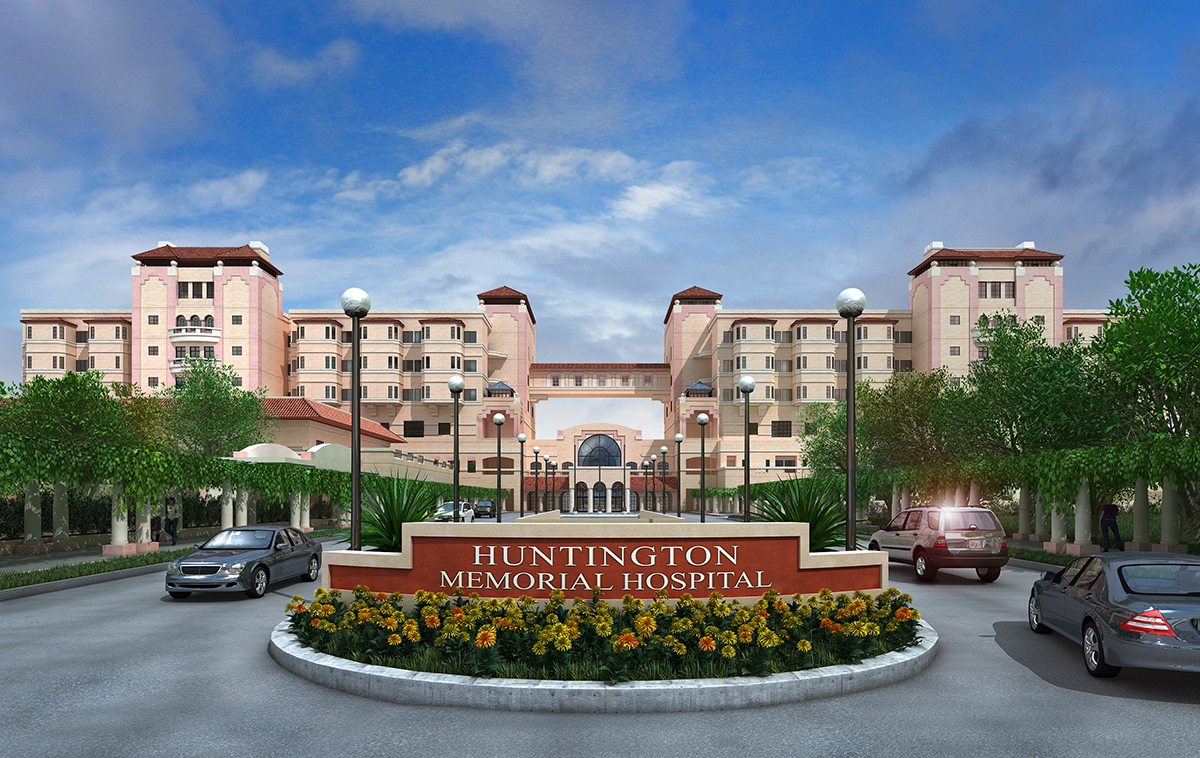 I came onto the project during phase 3 and built a 3d exterior skin and elevations of all phases. 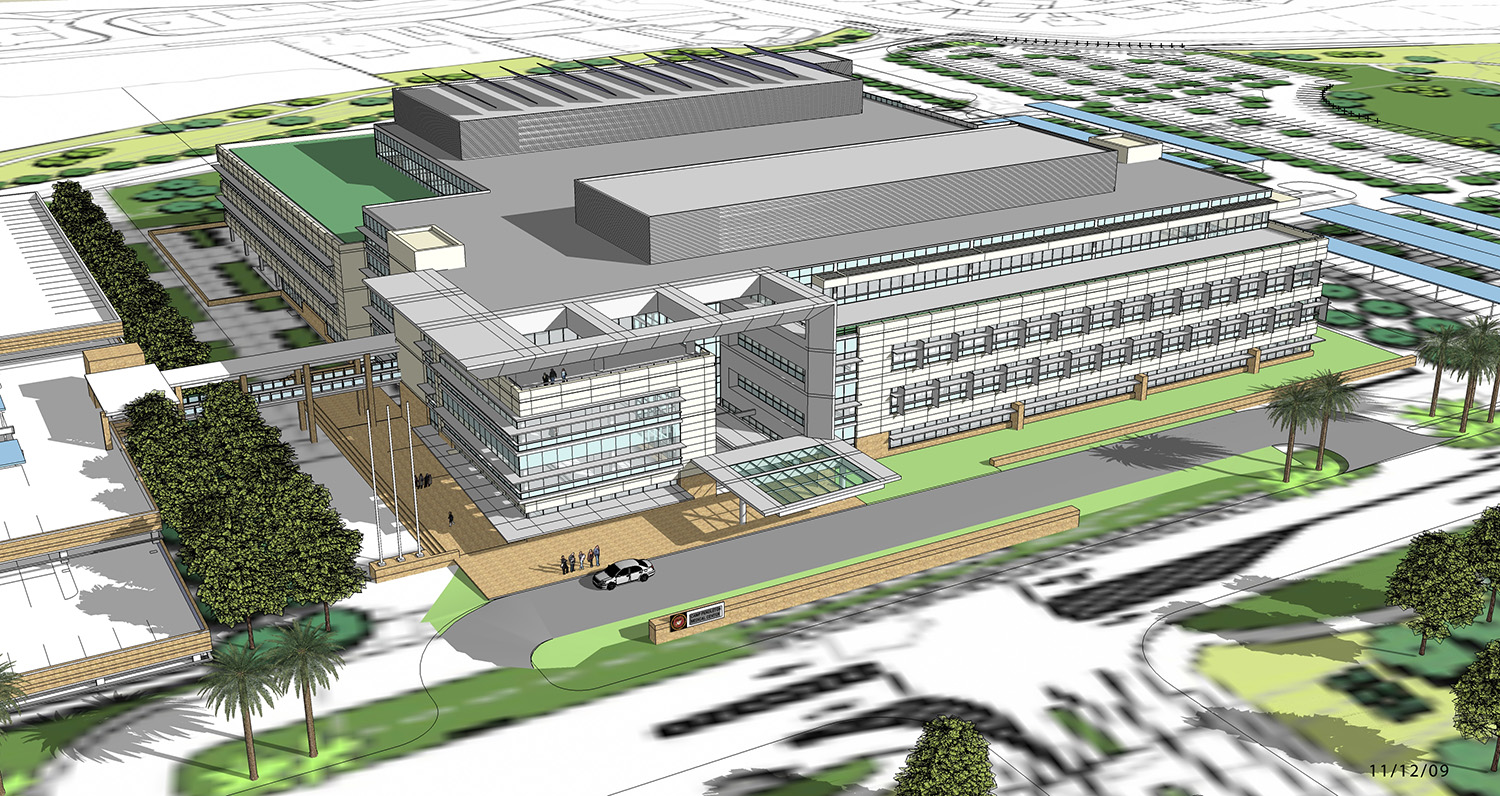 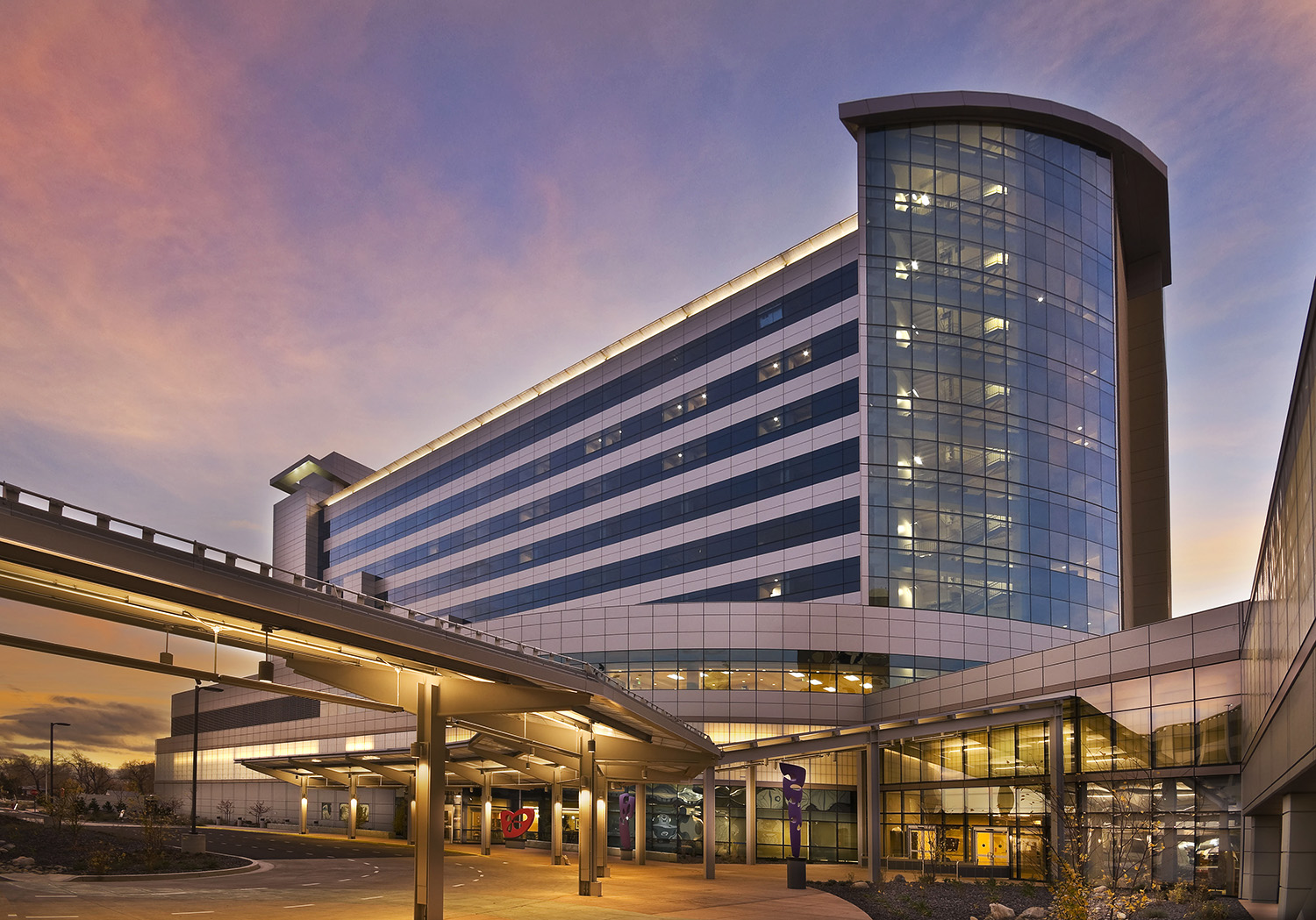 I was off and on this project a lot mostly in a patient room and nursing station modeling role. 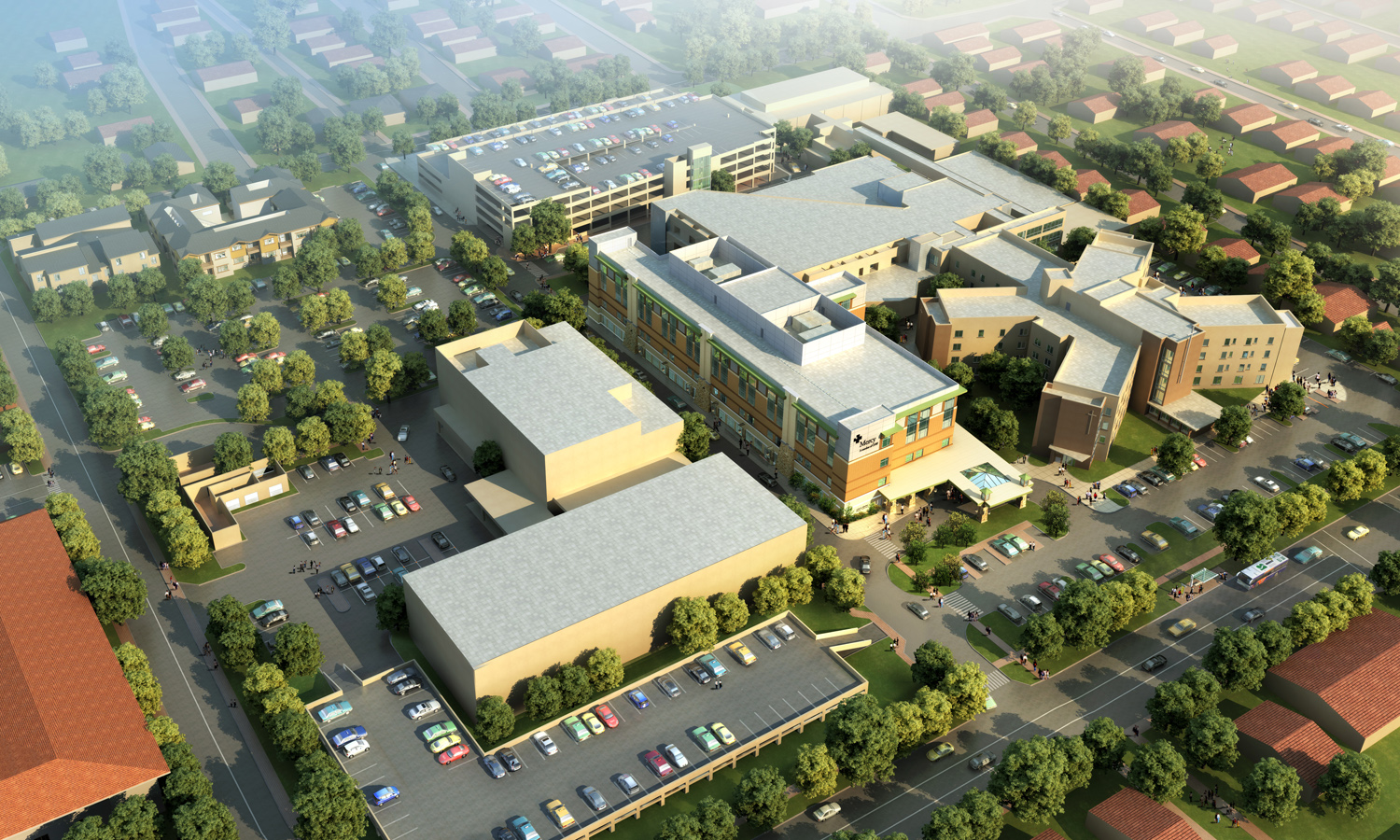 I was tasked with building a site plan and skin model for the entire campus.  Existing and new. 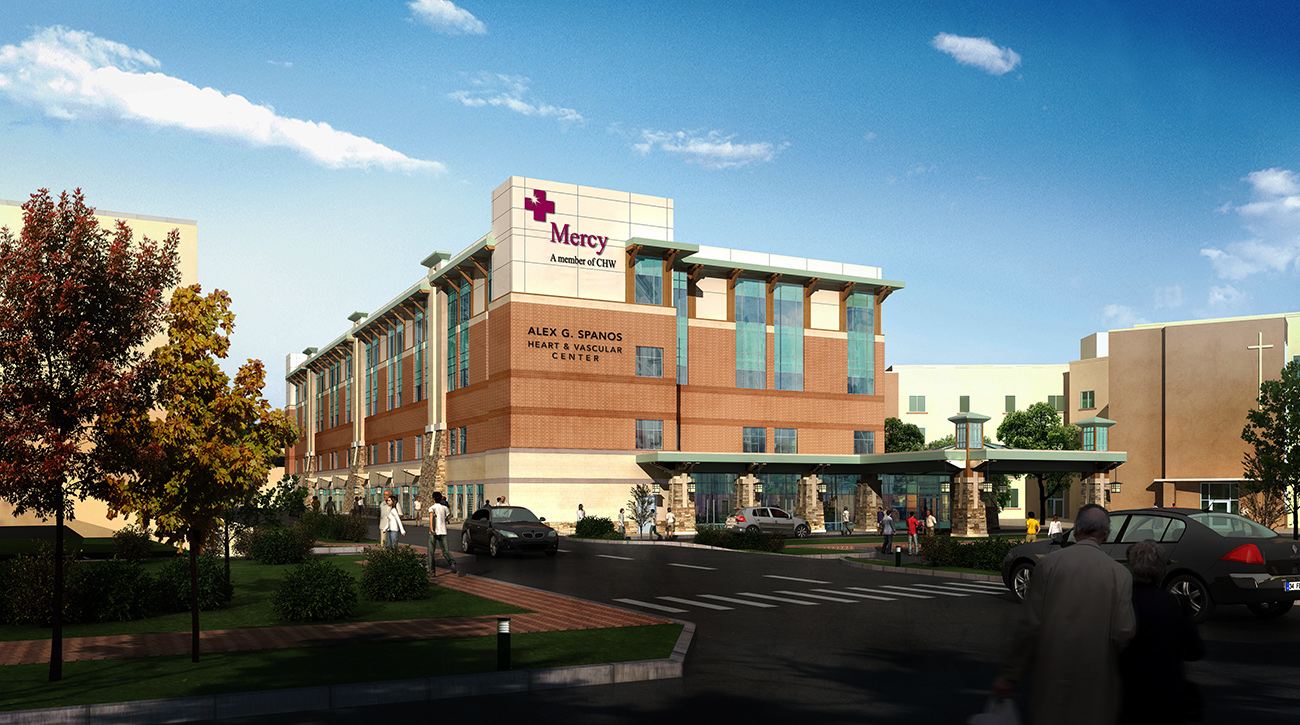 This was a particularly hard project as few existing plans were available or in CADD. 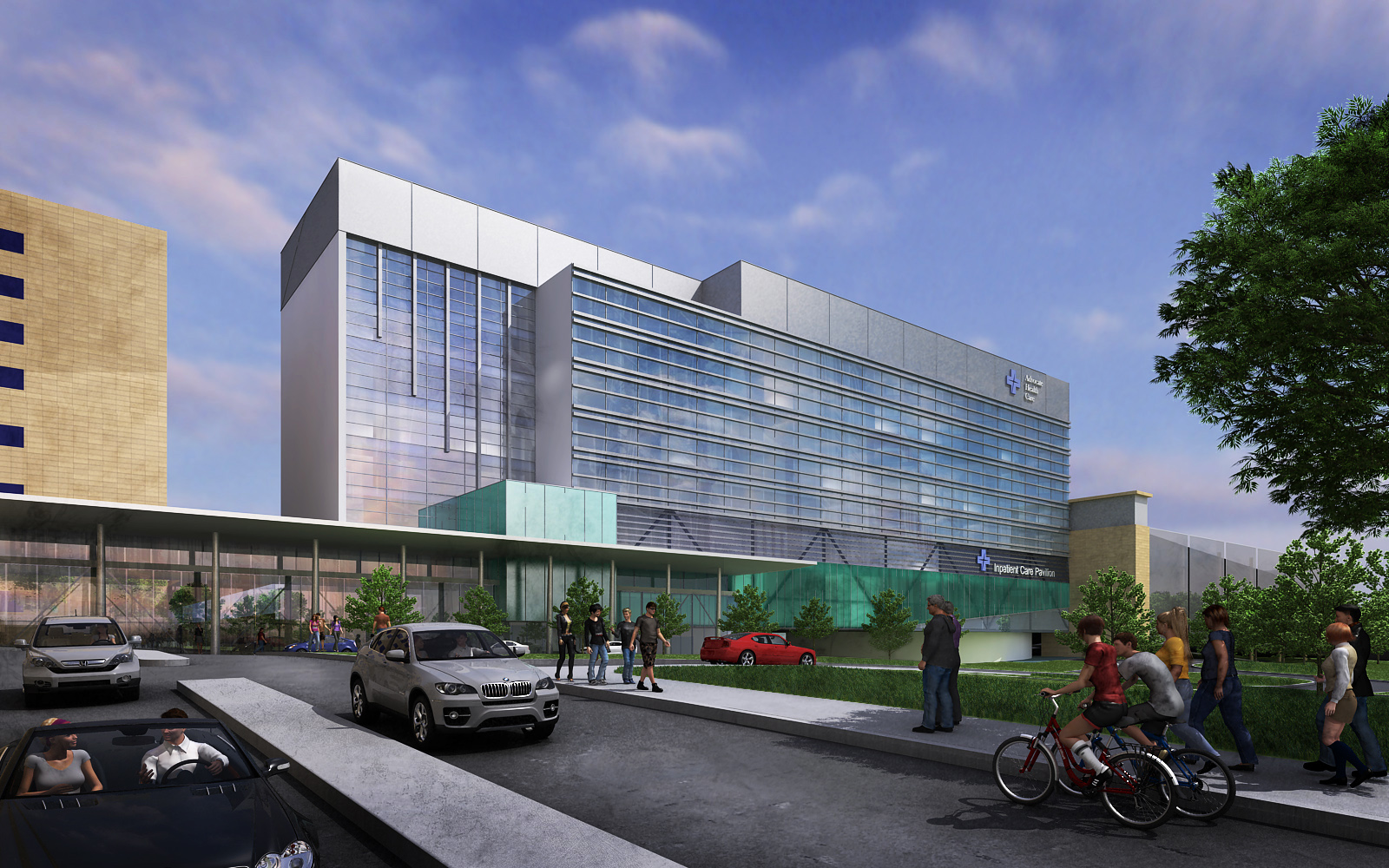 I did a lot of rush build and renders for marketing efforts. 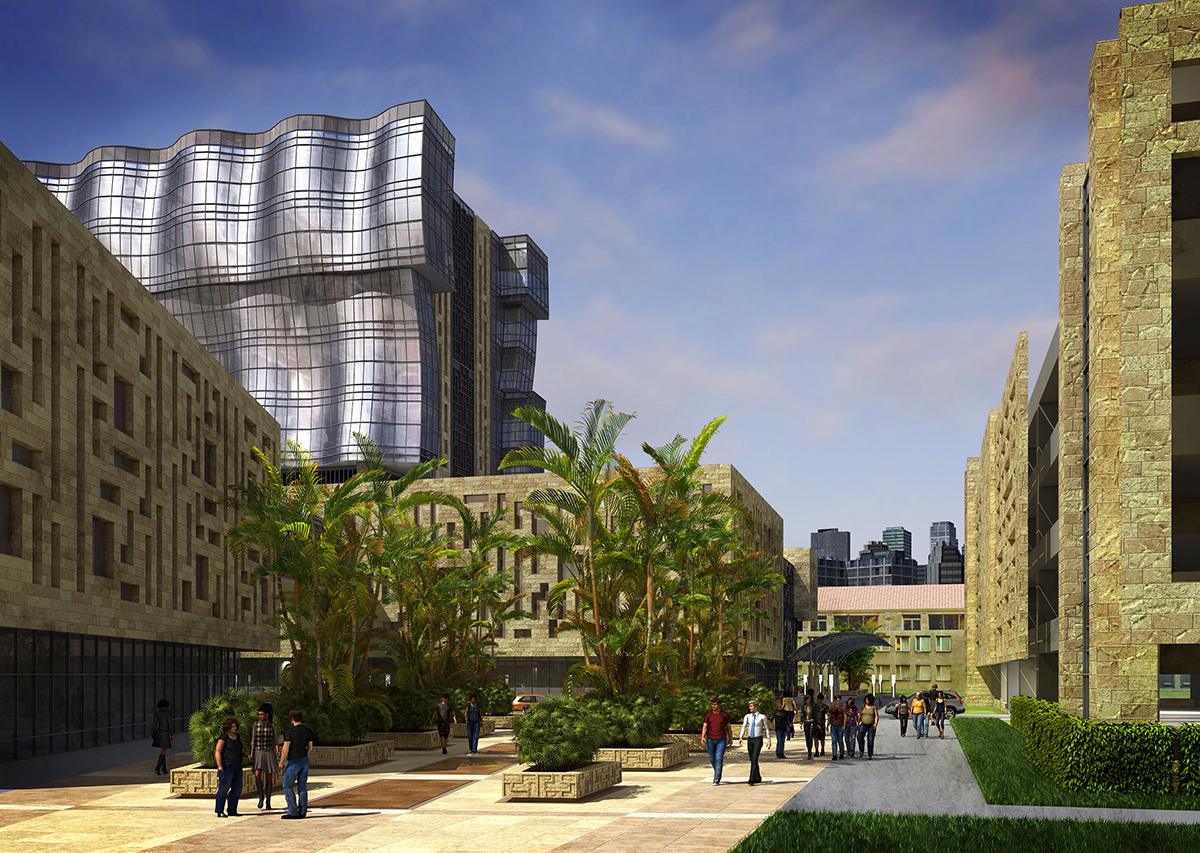 It didn’t go far, but it was a marketing model that I built and rather liked. 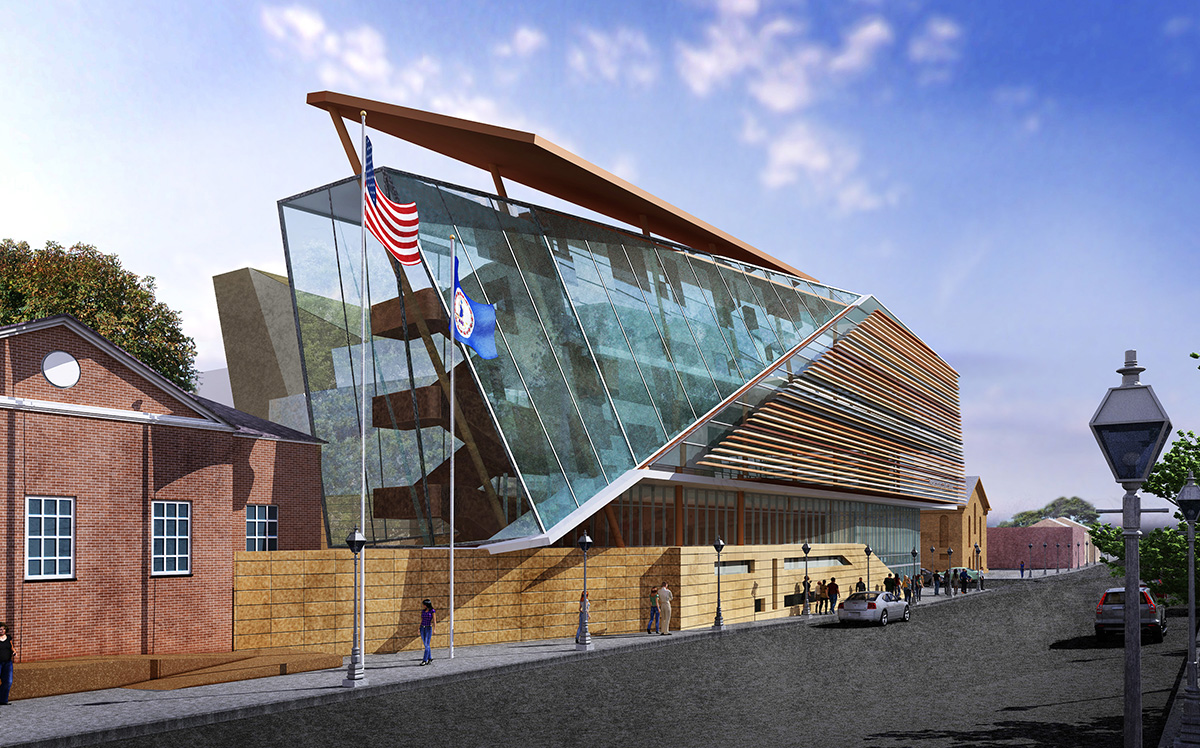 One of a handful of proposed skins for a courthouse. 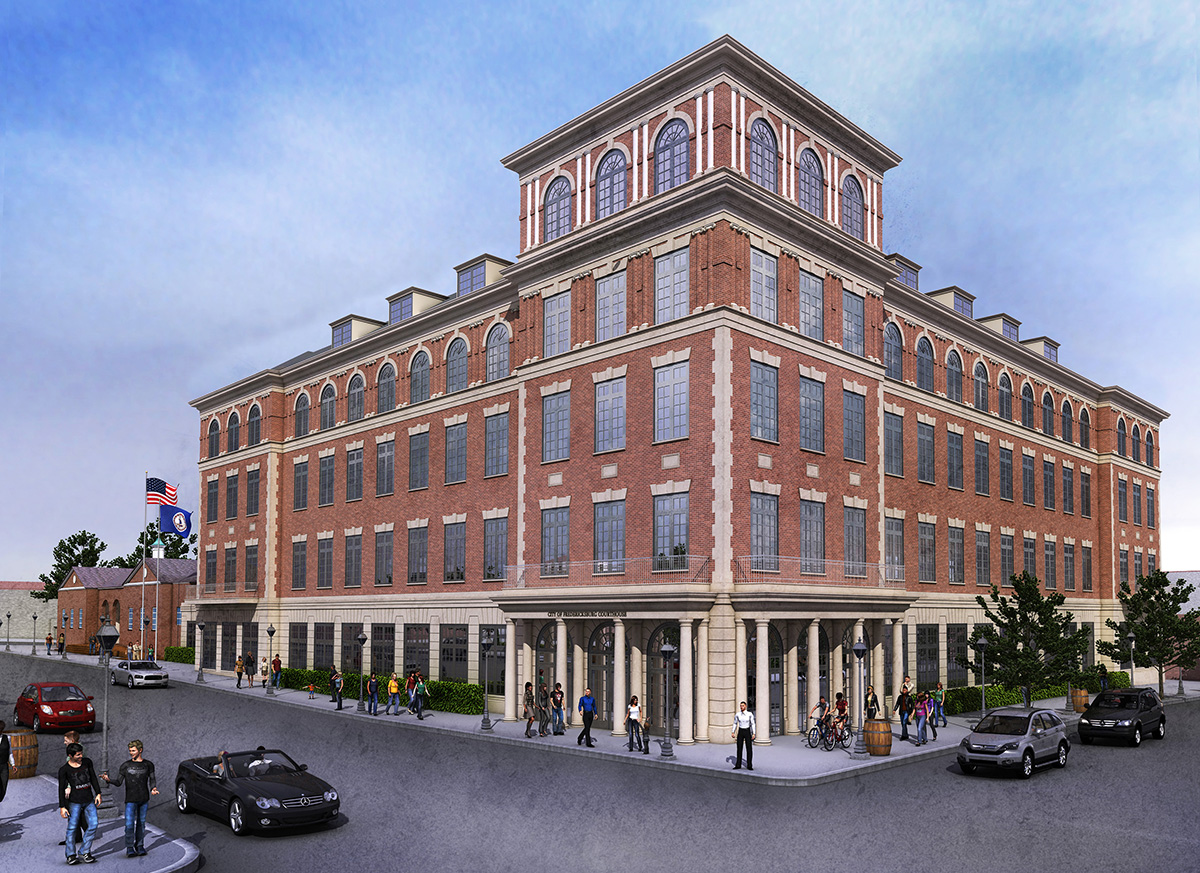 I modeled that same courthouse through the eyes of another designer. 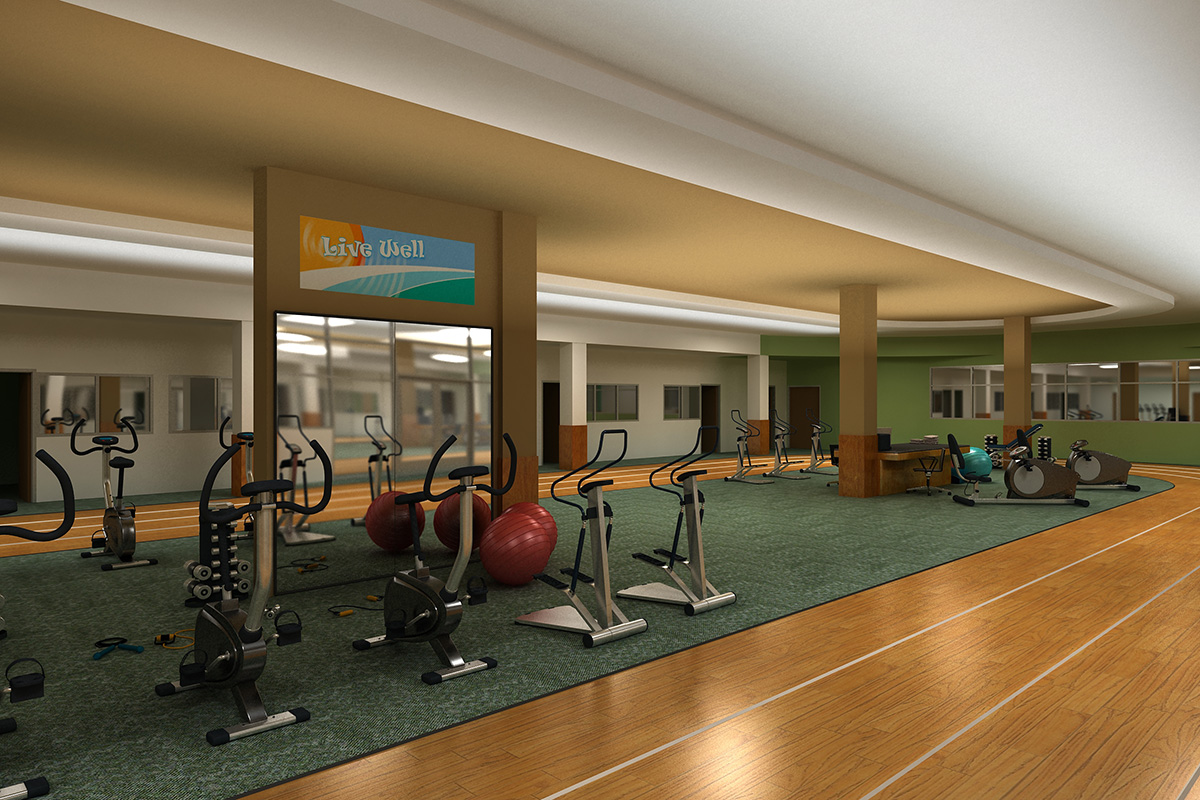 I did a lot of 3d modeling of custom spaces within healthcare facilities to gain user approval. 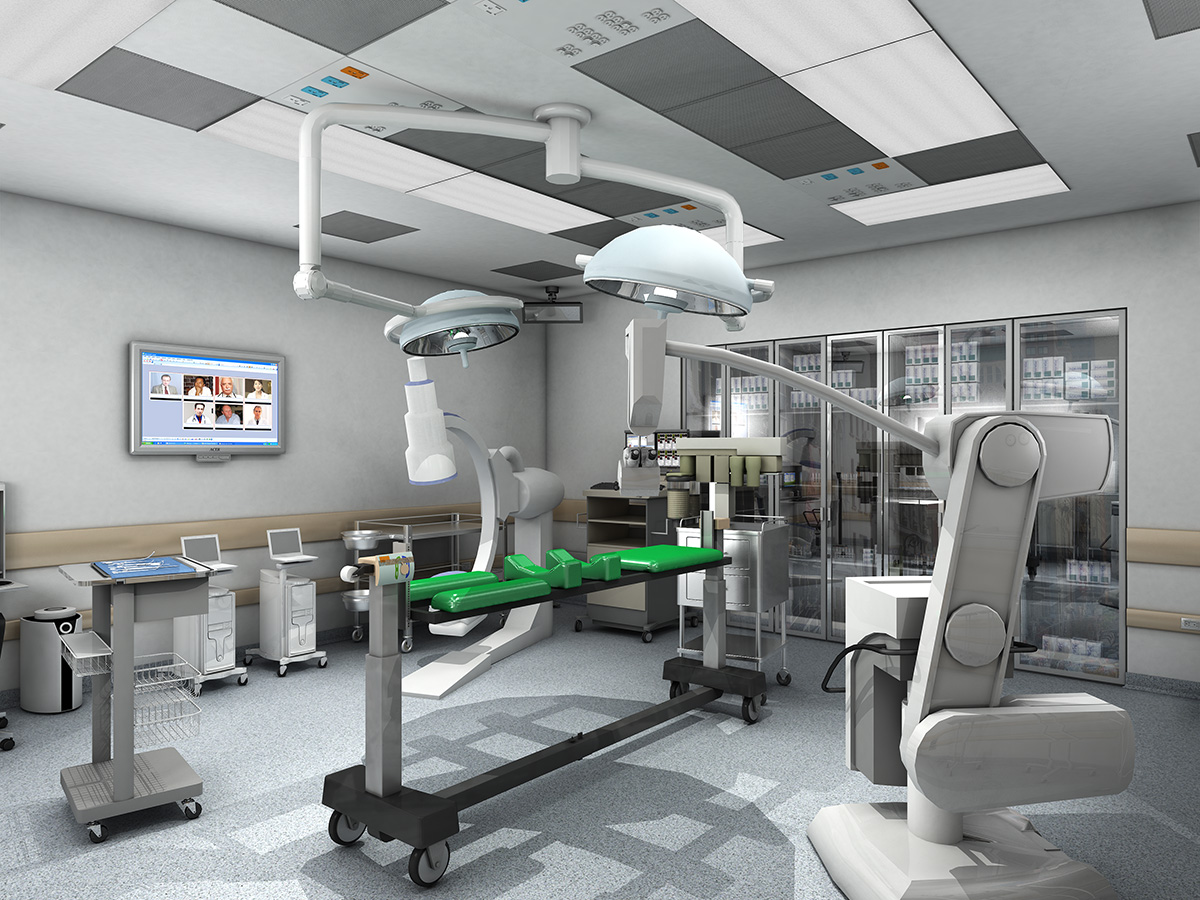 I was often brought in to show graphically represent remodeled space for doctors.